Electric Scooter Vs Electric Bike | What you Need to Know

The popularity of electric scooters and electric bikes has increased for the past years. People are more interested in buying either an electric scooter or electric bike. Sometimes they’re confused about choosing between the two and we will compare Electric Scooter Vs Electric Bike to help on selection. New models are released every year for both.

Electric scooters and electric bikes are a great option for moving from one place to another. They can both be used as daily commuting devices. There are however some differences between the two. In this post we’ll outline the differences and similarities they come with, This will help you decide which is the best option for you.

What’s An Electric Bike Or E-Bike? 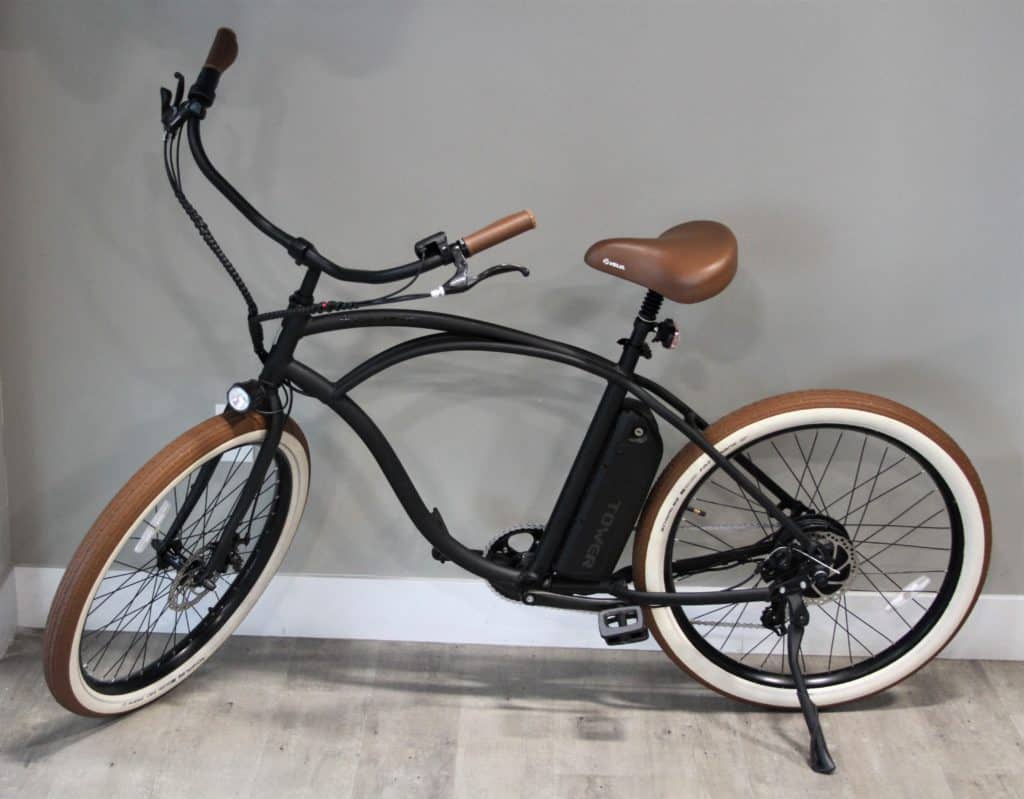 E-bikes are just like your typical bikes, the difference is that they have a motor mounted on them, it’s mounted on three locations mainly, Front Hub Motor, Center Hub Motor, or Rear Hub motor. They come with peddle assistance and throttle control, the pedal assistance is used when you run out of power so that you can reach your destination safely, while the throttle control allows you to operate the throttle that’s on the handle. Their prices vary depending on the brand, the price range for electric bikes is from $1800 – $10,000. Some can even exceed 10k especially when they’re customized.

What Is An Electric Scooter?

Electric scooters also aren’t much differentiated from the gas-powered scooter that has been around for decades. Electric scooters are now powered by batteries that allow you to cover short distances without fuel. They do come with pedals 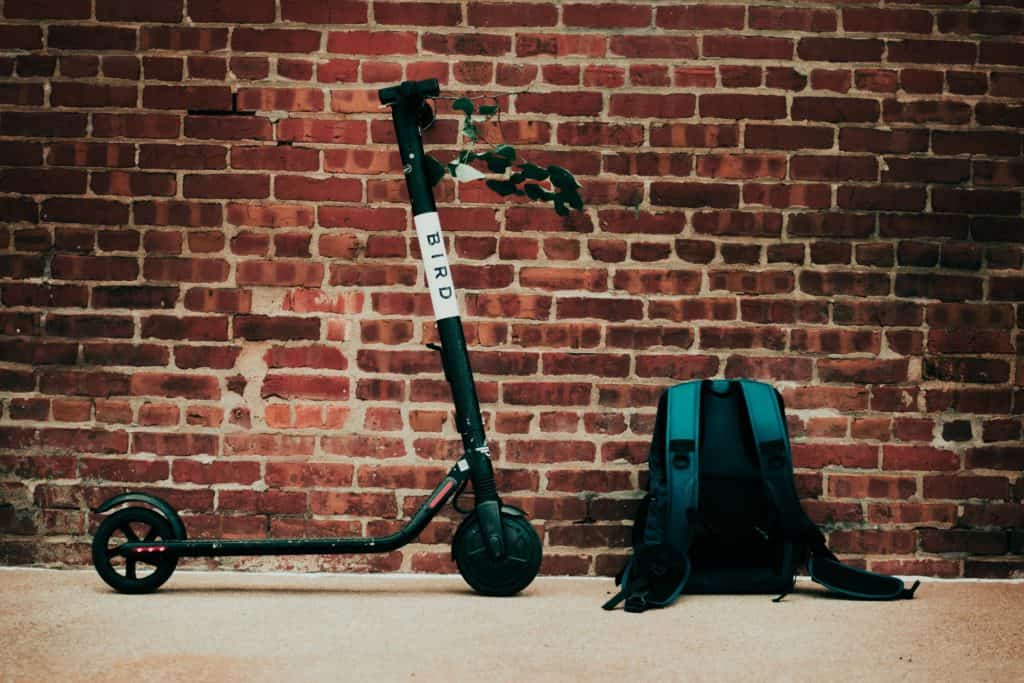 sometimes, but in most cases, they’re not functional, they’re merely for regulations. They’re slower and in some cities, they require no licensing to move around the streets.

Now that you have a basic understanding of what Electric scooters and electric bikes are, let’s compare them and see their differences and similarities.

Price is an important factor, and that’s why we’ll begin discussing it first. Generally speaking, electric bikes are more expensive than electric scooters. The starting price for e-bikes is $1500-$3000 and can cost up to $10,000. Electric scooters on the other hand start only at $1000 and can reach up to $4000.

When it comes to maintenance, e-bikes are easier to maintain than an electric scooter. The running cost is almost the same since they’re both electric devices, all you have to do is recharge your batteries.

Though, as mentioned earlier, Electric scooters require no licensing but you might end up dealing with police than when you’re riding e-bikes. There are some cities that still do require licensing because they’re considered a motor vehicle.  Insurance may also be required as well.

E-bikes on the other hand will hardly land you in trouble if you’re moving at a reasonable speed and when you’re using the pedals. That still doesn’t mean you should ignore the laws in your area. There are some cities where e-bikes aren’t allowed,. Just make sure to check with your local city laws before getting one, especially if you haven’t noticed people riding it in the city. 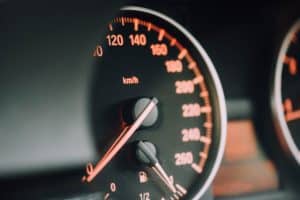 Both Electric scooters and e-bikes don’t travel at much speed. If you want you can adjust the limiter or even remove it completely so that they can move faster. This is not advisable because you can attract a serious fine when authorities discovered you temper the speed limit.  You should also expect more regulations and insurance when you increase the limit.

They’re both safe to work within any environment, there are no emissions and they move at low speed. But we can still say that e-bikes are winners when it comes to environmental safety because of the pedaling instead of only using the throttle. Electric scooters and e-bikes are environmental-friendly; you don’t need to worry about this.

Safety is a priority to everyone and you want to make sure that you’re protected at all costs when riding any device or machine. So when talking about electric scooters and e-bikes, we can say that e-bikes are safer to work with. This is because you’re sitting higher and you’re able to have clear visibility than an electric scooter. But on the other hand, electric scooters are safer at night since they have built-in lights and indicator lights to help you drive safely through the traffic. 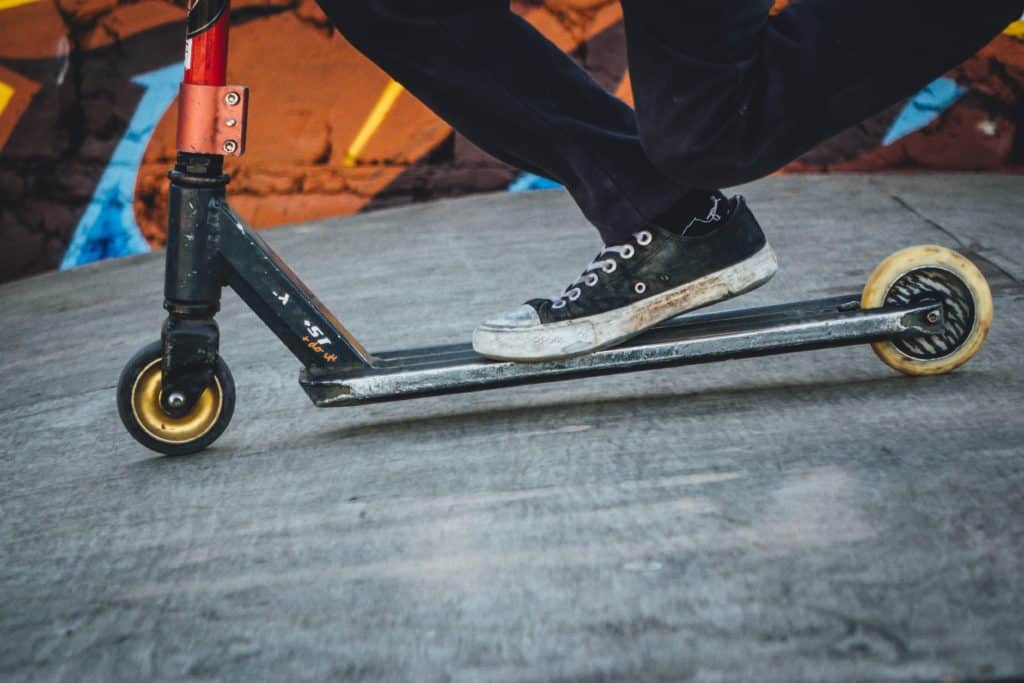 There is no difficulty in operating these two devices. No maintenance costs nor do you need any exceptional skills to operate them. You just need to plug them into any AC outlet to charge them which will take around 3-5 hours to get full. This depends on the type of battery you’re using. And when you take e-bikes also. You can switch to using the pedals when you’ve exhausted the batteries. The pedals on Electric scooters can also be used, but they’re not effective as e-bikes. Based on this we can draw a conclusion that e-bikes are more convenient.

If you want to secure your machine at all costs, electric scooter wins on this one. E-bikes are more vulnerable to theft and that’s because they’re lighter, but this can also be an advantage since you can carry them wherever you go.

Which one is the best option

Well, it all comes down to your preference and budget, they share pretty much the same qualities. Consider your budget and take a look at the designs that meet your needs and then you can make the right decisions. Let’s hope that our “Electric Scooter Vs Electric Bike” article will help you with the selection. 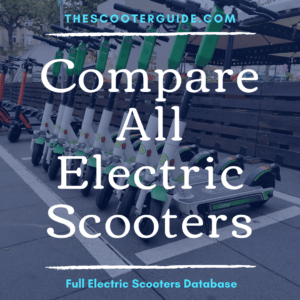